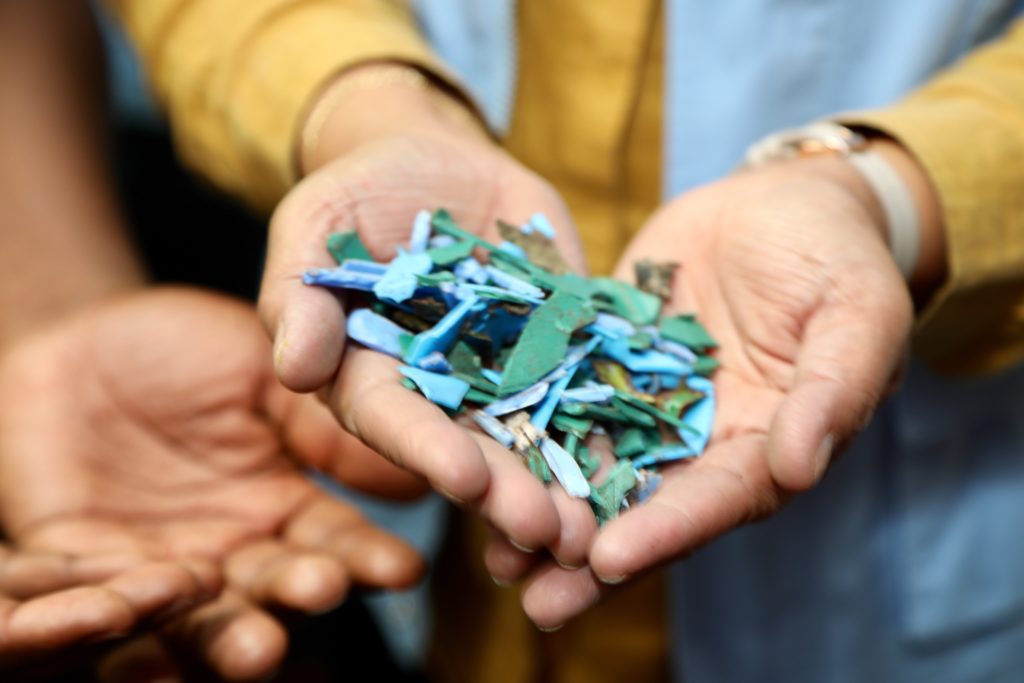 The Mathare Environmental One Stop Centre was given the machine to open an Upcycling Centre, shredding plastic that can be turned into useful household items such as plates and plant holders.

The opening of the Upcycling Centre took place during Nairobi County’s monthly clean-up. UN-Habitat Executive Director, Ms. Mainmunah Mohd Sharif, who jointed the clean up in Mathare, came on a return visit to the One Stop Centre to unveil the machine. She expressed delight that the young people had done so much work in advancing the community through the launching of the Upcycling Centre since her last visit in March.

“Let’s turn trash to cash and have a better quality of life for all. We want to see this work not only in Mathare, Nairobi and Kenya but all over the world,” said the Executive Director. She added: “and to the youth of Mathare – keep up the good work.”

Mathare is home to half a million people and the huge amount of rubbish is a massive problem. Many youth groups are involved in collecting the rubbish, taking what they can for recycling and dumping the rest. Upcycling is defined as taking waste and making it into something that has equal or greater use or value as opposed to recycling which reduces the quality of the material.

“It is important for youth leaders to take this forward because it is through the young that this community and communities throughout the world will product results, said the Permanent Representative of Brazil to UN-H

The coordinator of the Mathare One Stop, Isaac Muasa, who was awarded the UN-Habitat Scroll of Honour this year for his work in the community, said the youth wanted to create opportunities for themselves. He showed a video showing how the Mathare One Stop gives youth a hand up. Accompanying Isaac was Kefa Kongoina from the Precious Plastics Kisii Youth Group, who gave a demonstration on the upcycling work they were doing.

The opening of the Upcycling Centre was attended by Nairobi Governor Michael Sonko, who expressed his appreciation for UN-Habitat and other partners in making Mathare and Nairobi a cleaner, greener and more healthy place.

“We are proud of the relationship that Nairobi County Government has established with private companies, resident associations, and international NGOs including UN-Habitat and its Executive Director, Ms Maimunah Mohd Sharif who has teamed up with us to make the clean-up exercise a success,” stated Governor Sonko who promised to support the purchase of more plastic shredders.