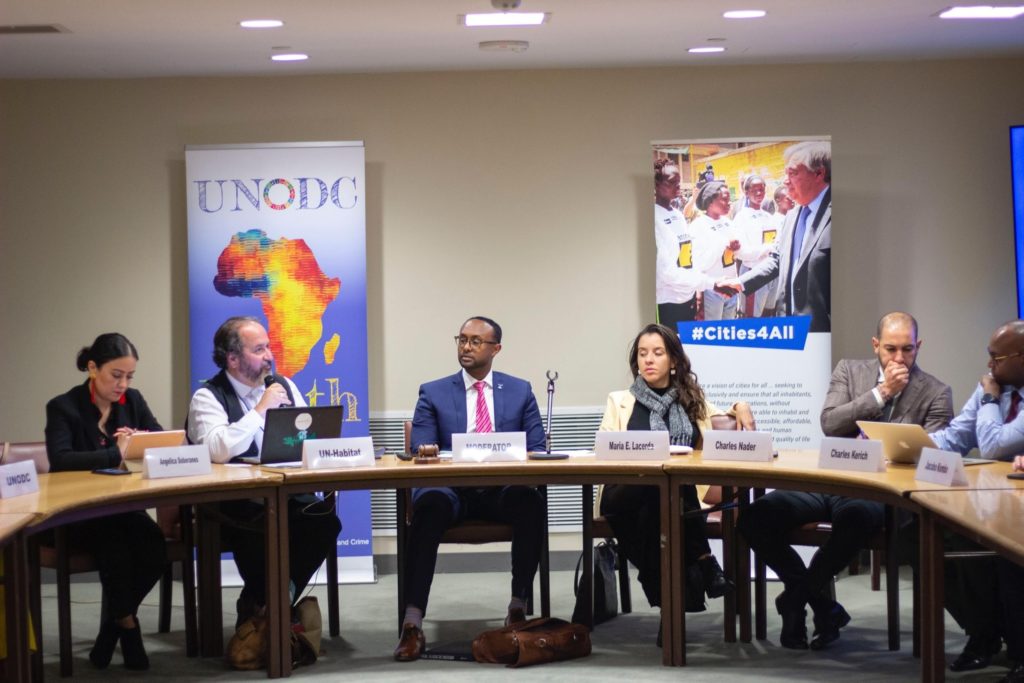 Discussions focused on the three key findings from the UN Progress Study on Youth Peace and Security, which were inclusion, investment and partnership.  This found that youth are being excluded from decision making processes and called for move from thinking of youth as a demographic dividend towards thinking of youth as a peace dividend because they are the source of innovation. It noted that a long term, multi-sectorial partnership between young people, youth-led organizations, government, civil society, private sector, religious communities, and educational institutions is an important strategy to ensure the sustainability of the Youth, Peace and Security agenda.

Douglas Ragan, the Chief of Youth and Livelihood Unit at UN-Habitat, pointed out that while some young people are at risk of recruitment by Violent Extremist Groups, they are by no means the majority.

“In many cases, youth are agents of change and are seeking to be taken seriously and be part of decision-making processes,” he said.

Panelist Charles Nadar, also noted the importance of recognizing several factors that contribute to youth participation in violence.  “Employment alone is not a solution,” he said. “Social reconstruction, treating trauma, and supporting emotional and mental wellbeing are also key to addressing this issue.”

The discussion also highlighted the importance of a bottom-up, top-down approach which includes partnership between government officials and youth-led organizations to establish a network of City Champions for Youth, Peace and Security. Similar to Climate Action Champions, these are young people, government officials and private sector actors committed to creating a network of likeminded individuals to ensure synergies with national and city plans on the implementation of UNSCR 2250.

Nairobi County Executive Commissioner for Lands, Housing and Urban Planning Charles Kerich noted: “Youth need to play a central role in making the policies that affect them. They need a space at the decision-making table. I would like Nairobi to be designated as the first city to champion the Youth, Peace and Security Agenda.”

Placing youth in leadership and at the forefront of peacebuilding opportunities is an important aim of the UNSC Resolution 2250. Utilizing the energy, passion and vast collective potential of the youth is crucial in transforming the world into one that is peaceful, secure and uplifting for future generations as stated in the UN Progress study report.

UN-Habitat, in partnership with youth-led organizations, UNODC, mayors and city officials will continue to work on establishing a network of City Champions for Youth, Peace and Security.

PrevPreviousUN-Habitat: Pathways to the Blue Economy Youth Event
NextHigh-Level Visit Puts Spotlight On The Resilience Of Young Women And MenNext