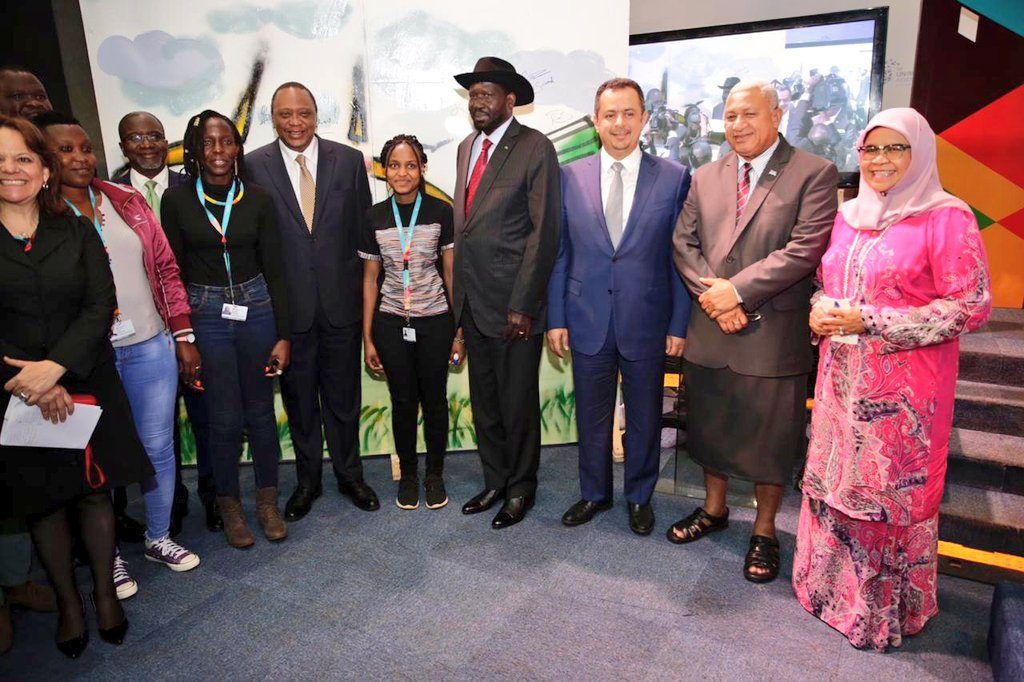 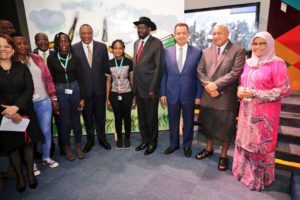 NAIROBI, 29 May 2019 – A High-Level Panel featuring Heads of State and Government from Kenya, South Sudan, Fiji and Yemen discussed urbanization, the involvement of the private sector and working with partners in front of a packed audience during the first UN-Habitat Assembly.

The Strategic Dialogue featured President Uhuru Kenyatta of Kenya, President Salva Kiir Mayardit of South Sudan, Prime Minister Josai Vorege Bainimarama of Fiji, and Prime Minister Maeen Abdulmalik Saeed of Yemen as well as the Executive Director of UN-Habitat and the President of the UN-Habitat Assembly. The panel also focused on the theme of the Assembly – innovation for quality of life in cities and communities.

He noted that challenges of development in Kenya as elsewhere, called for innovative and creative solutions including through public-private-partnerships which yield benefits for all.

President Kiir of South Sudan said that the continued challenges experienced in his country’s cities and urban areas including poor infrastructure, unemployment and insecurity were all bottlenecks to national development. He said that efforts to tackle the challenges should include interventions to provide jobs and income generation opportunities for citizens.

Yemen’s Prime Minister Saeed said that the conflict in his country had created an “extraordinary demographic change” within towns and cities, as residents fled from conflict areas. “When it comes to urban planning and housing, we need hundreds of thousands of units in certain areas. So, we are striving for, and relying on the private sector to produce these,” he said.

Fiji’s Prime Minister Bainimarama called for global action to address what he called the “unprecedented scale of threat” from climate change. “We are innovating every day to protect our people from the climate crisis because it will be a world catastrophe,” he said.

UN-Habitat Executive Director, Ms. Maimunah Mohd Sharif, said that cities would have to continue to drive innovation in ground-breaking ways to achieve a lasting impact in communities and to ensure that no one is left behind.

Ms. Martha Delgado, who was unanimously elected President of the UN-Habitat Assembly on Monday, called for the global agenda to be brought closer to citizens. “Experience shows that much of the creativity and innovation occurs at the very local level, through every day experiences and encounters,” she said.

During the Strategic Dialogue, the United Nations choir performed, and afterwards the leaders all signed their names on a graffiti wall created by an all-women group of artists.