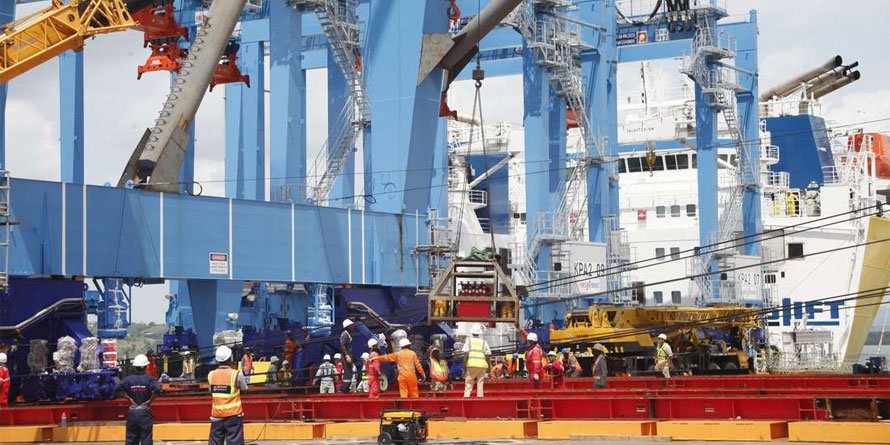 Efforts by Kenya to tap the unexploited potential of the maritime industry, commonly known as the ‘Blue Economy’, came into sharp focus recently when a youth gathering in Mombasa raised concerns over the delay by the government in creating an integrated policy framework to chart a way forward.

The conference was a follow up to a Global Sustainable Blue Economy Conference that was held in Kenya last year, which made a number of recommendations that the country must put in place to tap into the opportunities in the Blue Economy for economic growth and job creation among the youth.

The Youth Congress, a local non-governmental organisation that has partnered with the Canadian High Commission and the UN-Habitat has already presented some recommendations that will only be implementable if anchored on a focused policy.

Until only a few years ago, when Kenya acknowledged the value of maritime sector and passed the Merchant Shipping Act 2010 that repealed 1967 piece legislation that governed the industry, it has historically been largely ignored as an economic growth frontier.

Over the years, the country has either failed or been slow in developing initiatives that can lay down acceleration path and in turn failed to avail resources needed to unlock the sector. This has been worsened by lack of a clear cut-line between the role of the national government and devolved units on the maritime sector, with the both suffering serious budgetary constraints.

The blue economy task force that was created by the government in 2016 to help the country identify challenges that hindered the performance of the industry has already acknowledged that the 22 agencies overseeing the industry do not work closely and duplicate roles compromising general performance and policy output.

The task force, which was supposed to report every month to the president, and which was meant to oversee the formulation, development and adoption of a new integrated policy, as the starting point, has largely gone unnoticed by the industry players.

There has been a general lack of consensus among critical players on the future of the industry. For instance, the recent directive by the government to carry all Nairobi bound cargo through the Standard Gauge Railway line, which has set the government against importers, transporters and Container Freight Stations (CFSs) is a clear testimony of a divided industry.

Although the industry players have held numerous meeting to resolve the problem that has had serious repercussion on Mombasa port economy, nothing meaningful has come out of this. The Kenya Railways Corporation (KR) and Kenya Revenue Authority (KRA) claims to have suspended the move but not so on the ground if the weekly Monday protests in Mombasa to oppose the move are anything to go by.

Closely emanating from policy issue is the capacity gaps that exist in education and training on maritime related workforce. Maritime sector is a highly specialized area that is guided by a global regime under the watchful eye of the International Maritime Organisation (IMO).

With the discoveries and expected exploitation of gas and oil, the growing regional economies, the growth of the cargo throughput, construction of new infrastructure, new job opportunities are expected. A trained workforce would also help the country in tapping on the exploited water transport along the East African coast line.

It also has potential to open up more opportunities in fishing, which the coastal counties have already expressed interest to exploit. Estimates put the Kenyan Coast potential of employing two million people in the fisheries industry. Currently, the industry contributes 0.5 percent of the GDP. The country can optimize gains by developing a special economic zone or fish processing, something that Seychelles has successfully done.

The Kenyan coast is one of the preferred destinations for sport fishing. Malindi is the only place in the world that offers the best chance of catching five different billfish species in one day – broadbill swordfish, black, blue and striped marlin and sailfish – yet this potential has not been exploited.

PrevPreviousInterview: UN-Habitat Executive Director – Why leaders must plan for cleaner, safer cities
NextTime To Create Safe Spaces For The Young Generation of KenyansNext