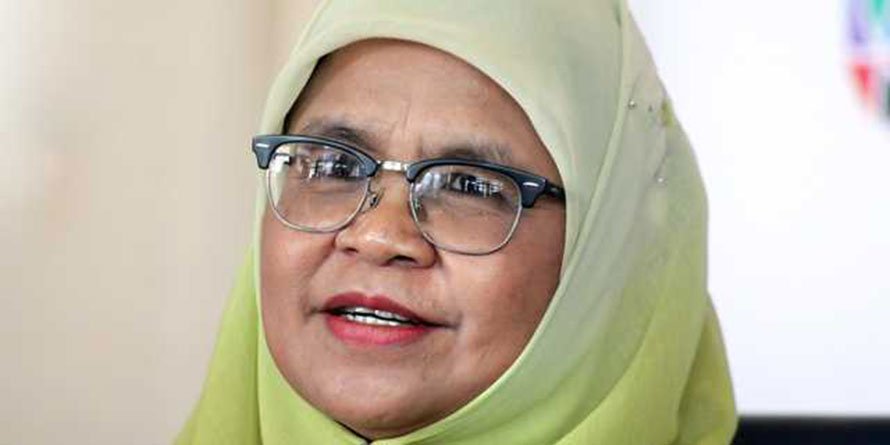 Maimunah Mohd Sharif, a former Malaysian city mayor, is halfway through her tenure as the Executive Director of the United Nations Human Settlements Programme (UN-Habitat).

Fresh from leading the organisation in convening the 10th World Urban Forum in Abu Dhabi, she reflects on discussions at the meeting, and UN-Habitat’s role in steering the global effort towards planned cities.

WHAT WAS SO SPECIAL ABOUT THE WORLD URBAN FORUM 10 THAT WAS HELD IN ABU DHABI IN FEBRUARY 2020?

The World Urban Forum (WUF) was established in 2001 by the United Nations to address one of the most pressing issues facing the world today: rapid urbanisation and its impact on communities, cities, economies, climate change and policies.

Convened by UN-Habitat, the forum is a high-level, open and inclusive platform which brings together thought leaders, governments, international leaders, national, regional and local, stakeholders, civil society and the private sector to discuss urban challenges and opportunities.

If we have well planned cities the impact of urbanisation is more positive than negative.

The World Urban Forum started in Nairobi in 2002. I was pleasantly surprised that the theme in 2002 we were already talking about then was sustainable urbanisation.

The World Urban Forum 10 was unique in many ways. It was the first time that the forum was held in an Arab state. Most importantly, there was gender parity especially when it came to speakers — 51 percent women and 49 percent men.

THE THEME WAS CITIES AND OPPORTUNITIES: CONNECTING CULTURE AND INNOVATION. WHY WAS THIS THEME SELECTED?

By 2050 two thirds of the world’s population will live in cities. No doubt, cities are engines of growth and where the opportunities and challenges are located. We are keen to connect culture and innovation because culture plays a crucial role in planning or managing cities.

The forum has become a platform not just for UN-Habitat, but for the private sector to network, and for mayors to meet national governments and get more information. The theme was also very important to us in line with our own Strategic Plan as UN-Habitat.

IT’S YOUR SECOND YEAR AS UN HABITAT CHIEF. WHAT ARE YOUR BIGGEST ACHIEVEMENTS? AND WHAT HAS UN-HABITAT BEEN ABLE TO ACHIEVE IN THE PAST YEAR?

I think one of the biggest achievements of UN-Habitat was to come up with a new governance structure after 14 years of negotiation with member states.

This structure will enhance oversight and accountability. Additionally, during the UN-Habitat’s Assembly, we got approval for the Strategic Plan, 2020–2023. Linked to that, in November last year, we received the endorsement of our five flagship programmes.

These are five priorities projects that we would like to implement.

In April 2018, Sweden and Norway gave us funding for our internal change process which meant looking into our structure to tighten it up and make it more transparent and to be effective and efficient. We have looked at our organisational structure.

For example, when I came in we had seven branches and 23 units. We have since reviewed to ensure that our structure is in line with the UN Secretary-General’s reforms. Now we have three divisions, and we are very lean, compact and fit for purpose..

THIS IS THE DECADE OF ACTION – JUST 10 YEARS AWAY FROM THE DATE WHERE THE SUSTAINABLE DEVELOPMENT GOALS SHOULD HAVE BEEN ACHIEVED. WHAT IS THE ROLE OF CITIES AND HOW CAN THEY HELP?

Our five flagship projects link closely to the Sustainable Development Goals and cover smart cities, SDG cities, urban regeneration, resilient cities for the urban poor and migration. Now we want to ensure that the five flagships and the Strategic Plan are implementable.

YOU’VE BEEN VERY PASSIONATE ABOUT YOUTH AND PROMISED PART OF YOUR LEADERSHIP WOULD BE ABOUT YOUTH. …

Even as the Mayor of the City Council of Penang Island, Malaysia, where I served before coming to UN-Habitat, I worked closely with the youth. They are my source of inspiration, they are very talented and we need to give them the space to engage with us.

Youth think outside the box. I have worked very closely with the youth in Kenya. We worked closely with youth to host the Youth and Blue Economy Conference; we have three One Stop Centres in Kenya in Mathare, Nairobi CBD and Mandera.

We are also involving youth in solid waste management in Kisii, Mathare and Kibra. I strongly believe that youth are leaders of today and tomorrow.

WHAT WOULD YOU LIKE TO SEE LEADERS DO ABOUT CLIMATE ACTION?

There must be will power by city leaders to admit the climate emergency is real. Action must be varied to include low hanging fruits, short, medium, long term and sustainable. One needs to take stock and use data to make an informed decision about climate change.

I believe in integrated and holistic development plans because more often than not we engage in fragmented action and work in silos. So there must be an integrated national plan. Green innovation and knowledge capacity building is important for cities.

We have to look into cleaner, greener, safer ways of doing things. I also mean cleaner in terms of fighting corruption and embracing good governance. We need to look at mixed developments, where you can live work and play.

In countries without this, people have to commute long distances so they build informal settlement next to their work, which grow and turn into a slum.

WHAT ARE YOU PLANNING FOR KENYA?

I have met President Uhuru Kenyatta and we discussed the Big 4 Agenda. We work closely together with the UN Country Team and we have set up a taskforce to tackle a number of issues in Kenya. Also, we have regional office that focuses on Africa.

We set up a taskforce on the Mavoko Affordable Housing Project to complement the work of the Principal Secretary and the Cabinet Secretary for Housing. Already, we have projects in 23 out of the 47 counties.

We are finalising a new partnership with the European Union to support six coastal counties in Kenya under the Coast Region Economic Bloc, to implement the Go Blue project.

I have been emphasising that if we look into the oceans without looking at the mainland, we won’t have any impact.

So there is need to look at what happens at the mainland and we have to look at the whole ecosystem. This will impact over one million people.

Our Dadaab and Kakuma partnership with the European Union for three years, which seeks to regenerate closed refugee camps into sustainable vibrant settlements, will impact 450,000 people.

We are upgrading the Nyakwere regional market infrastructure in Homa Bay, and this is likely to benefit around 450,000 people. Also we are partnering with the county government to prepare for the Africities summit that will be held Kisumu.

We are trying to support the county government of Kisumu to raise resources for the lakefront development. UN-Habitat is like a bridge and through the Cities Investment Platform, we connect cities and investors to work together on bankable projects.

WHAT IS UN-HABITAT DOING IN THE FACE OF THE CORONAVIRUS OUTBREAK?

UN-Habitat has particular expertise in informal settlements and slums and it is clear that people living in such places will be hit hardest as they take up this challenge.

Diseases spread quickly in areas that are overcrowded with people cramming into public transport systems, few basic services and no decent housing. We are looking at supporting such areas with water and sanitation, transport and slum upgrading.

We are working with governors and mayors in cities as they are key in stopping the pandemic from spreading. Local authorities should aim to work with community associations to improve hygiene and sanitation.

UN-Habitat’s work on housing rights, security of tenure and combating forced evictions can make an important contribution as those in informal employment lose their incomes and are unable to pay their rent on time.

This article first appeared in the Business Daily