Kindness Amidst A Pandemic: Global outbreak

The coronavirus pandemic has demonstrated the reality of urban management and governance challenges. Many people are at risk due to lack of water to wash their hands and the impossibility of preventive measures such as physical distancing. In 2016, the United Nations Human Settlements Programme (UN-HABITAT) noted that urbanization is on the rise due to reasons such as rural to urban migration. Consequently, there is a reduced capacity to effectively match the needs of urbanization, leading to urban poverty and inequalities. 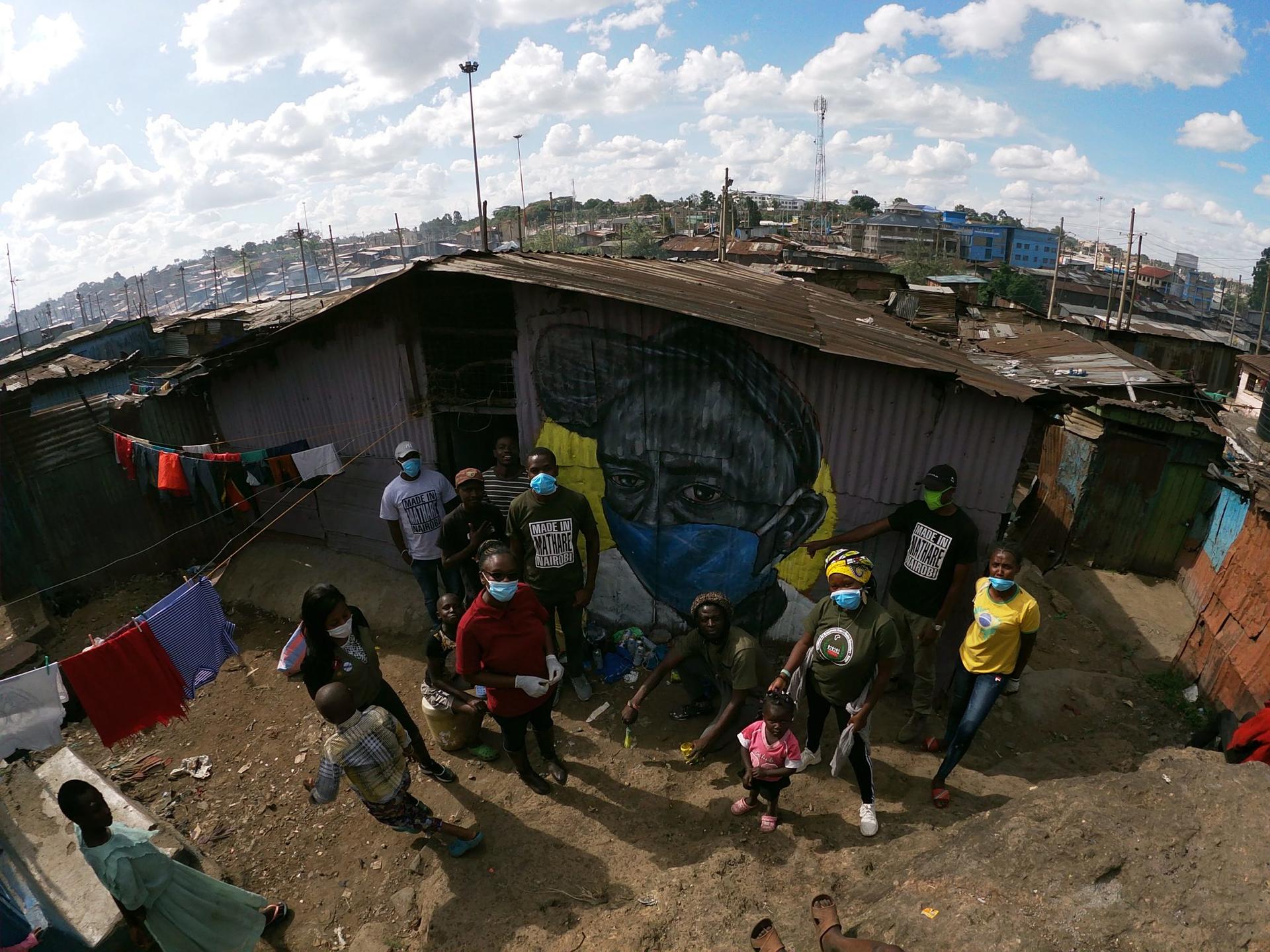 Many activities in the world have been granulated to a halt. Students are forced to learn online while others are completely out of school, we can no longer gather in places of worship like we used to, the rate of anxiety is going up and many people have lost their sources of income. Unfortunately, this is when we are also seeing the worst of humanity from cases of racial discrimination, hoarding of essential items and an increase in expenditure in public transport. In contrast, this unprecedented situation is also bringing out the best in many people.

Lucas Odhiambo, from Mathare Roots Youth Initiative in Nairobi’s Mathare urban informal settlement in Kenya, collaborated with other young people and well-wishers to raise funds to support 210 needy families in the area.‘The package contained 5kgs of maize floor, 2kgs of rice, 2kgs of legumes, 3 liters of cooking oil, hygiene pack (hand soap) and 0.5kgs of salt, which is sufficient to sustain a family for 3-4 weeks. 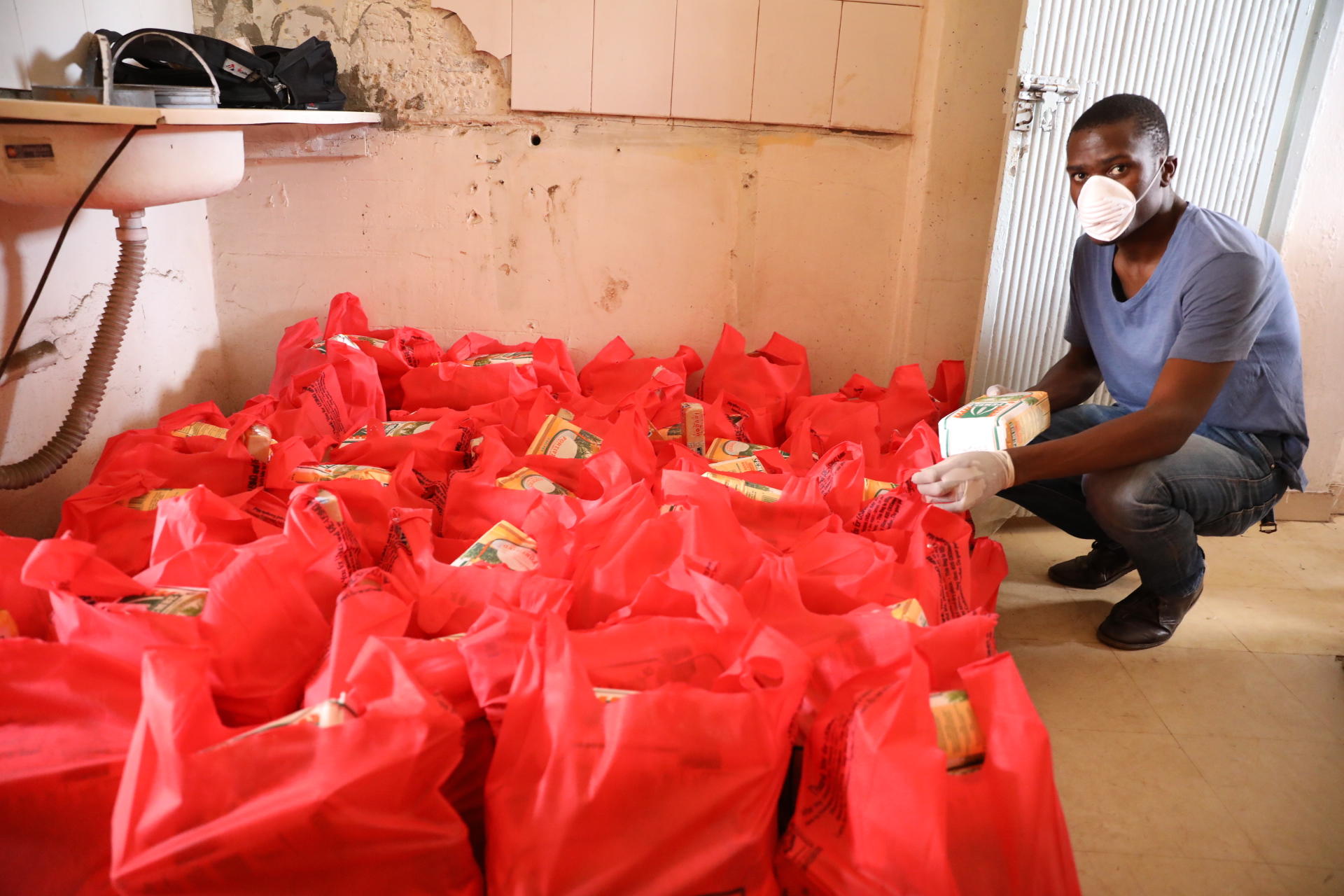 Lucas with the items ready for donation Credit: Lucas Odhiambo

During the exercise, we were keen on maintaining physical distance as the virus is spread through respiratory droplets. To achieve our goal and stay safe at the same time, the packages were prepared and stored in a common location. Each family was then given a defined time slot for picking up their package. Only one person from each family was allowed to go to the designated location to pick up the items,’ Lucas explains.

Kenya is also grappling with misinformation and ignorance about the pandemic. This is the time to use new and existing modes of communication to reach out to the most vulnerable. Through the Mathare Roots Youth Initiative, they decided to tap into Nairobi’s affinity for graffiti which is prevalent on public service vehicles commonly known as ‘matatus.’ 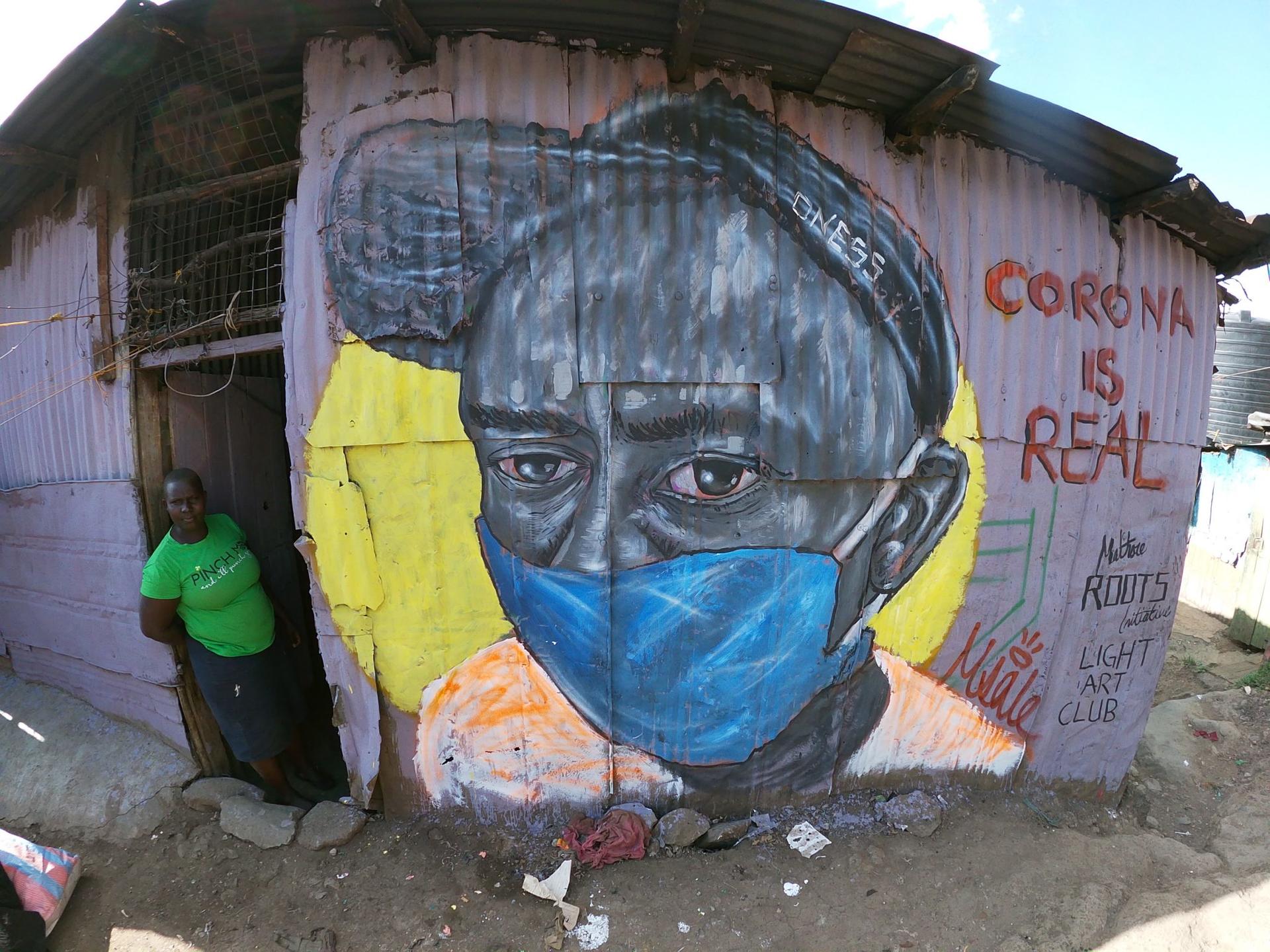 Lucas says, ‘The use of art in the form of graffiti is not new. We realised that it is very effective as you can display messages into eye-catching and bite-sized forms. Many people in Mathare are more familiar with Kiswahili and Sheng’, an informal language used in many urban setups in Kenya. We decided to put the art about the pandemic in public spaces such as areas close to taps. As a result, people are now conscious about hygiene practices such as washing their hands.’

‘As a youth group, we are hoping that the government will scale up these initiatives by youth, donors and Non-Governmental Organizations. The situation on the ground is dire and more people need food which cannot be sustained by small drives,’ he says.

A feature story of Lucas and his team Credit: Citizen TV Kenya