Kenya: Young people mobilize to prevent the spread of COVID-19 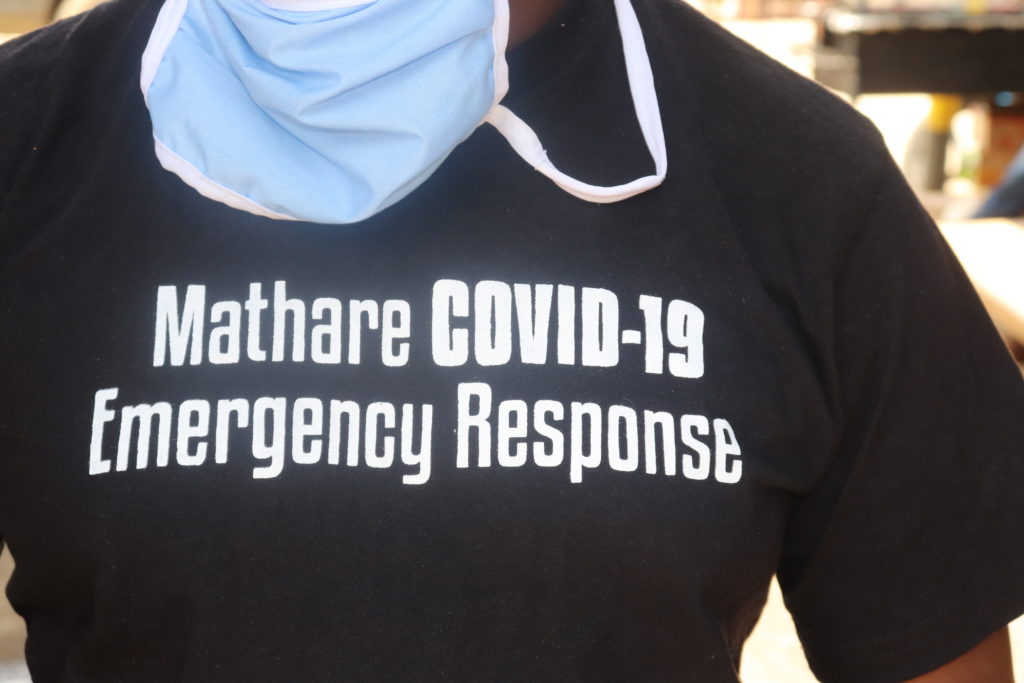 Youth groups in Mathare, one of Kenya’s largest slums, have banded together to protect their communities from the spread of COVID-19.

The facilities they have put up have resulted in over 420,000 handwashes.

The residents of Mathare, and the other one billion people living in slums, face enormous challenges in coping with COVID-19. Physical distancing is hard in communities that are densely populated, for example. Mathare has over 60,000 people per square kilometre, its houses are small and overcrowded, and basic services are generally unavailable.

The lack of infrastructure and chronic water shortages make handwashing a challenge.

The youth of Mathare Environmental One Stop, a UN-Habitat supported youth centre, decided that providing handwashing stations throughout the community, along with prevention information, was the best solution.

They reached out to UN-Habitat staff members George Gachie and Linus Sijenyi, who work in Kibera and Mathare, to pitch their idea.

“I was approached by Kaka, the head of Mathare Environmental, and we discussed how we could implement this project in the informal settlements in Nairobi,” said Mr. Gachie. “UN-Habitat has worked extensively with youth and informal settlements globally through our programmes such as the Participatory Slum Upgrading Programme, so we knew how we could partner and support these youth.”

Mathare Environmental convened other youth groups. Twenty youth-led agencies were quickly identified to set up and be responsible for the handwashing stations. New donors were brought onboard, such as Norway and Canada, which agreed to fund 18 handwashing stations, in addition to the 10 funded by Participatory Slum Upgrading Programme.

“By mid-April, we had 28 stations operational in Mathare and the largest informal settlement Kibera,” stated Mr Sijenyi. “We plan to bring another 40 online in the next month and have one and a half million handwashes by the end of August.”

Football stars are also involved, like former English Premier League player Victor Wanyama, who is currently captain of the Montreal Impact. Wanyama is a hero to youth in the Kenyan slums, having been born in Nairobi. Through his foundation, he is providing 10,000 masks made by women tailors in the community and distributed for free at the handwashing facilities.

“We are proud that we can help our community,” said Roda Ingashani, of the Wonderful Mothers Group, one of the youth groups funded by the Canadian Government who is hosting a Mathare handwashing station. “The community is very concerned and feels empowered when given the opportunity to wash their hands and fight COVID-19.”

PrevPreviousCOVID-19: When Virus Landed, We Lost Our Jobs And Livelihoods
NextYouth or consequences: Put youth at the center of COVID-19 recoveryNext