Call to Action: Urgent Request by Youth for Support To Fight COVID-19 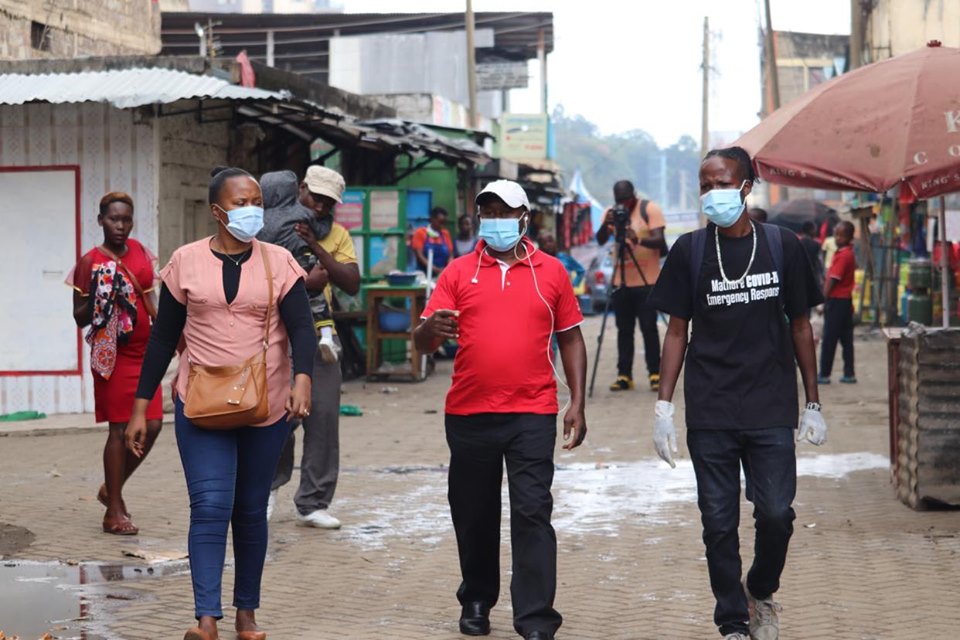 The newly formed Youth-led COVID-19 Emergency Response Coalition has launched call to action while at the same time announcing its over 1,500,000 hand washes as part of its #KomeshaCorona campaign to stop the spread of the corona virus in the informal settlements and towns of Kenya.

“We are proud to announce this milestone,” states Coalition spokesman Moses Omondi ,“The young men and women of the slums have stepped up to play their part in stopping the corona virus. Our Call to Action lays out a number of steps which we feel will slow and eventually stop the transmission of the virus.”

Starting in March of 2020, the Mathare Environmental One Step Centre set up 2 hand washing stations in the slums and in the first 3 weeks washed over 8000 hands. Since then it has grown quickly, with other youth groups from Mathare, Kibera, Huruma and Eastleigh, and now across the country in Nyeri, Kilifi, Kisumu and Mandera and globally in Kismayo, Somalia and Quito, Ecuador.

“We were watching what was happening in China and Europe in March and knew we had to do something,” states Isaac “Kaka” Muasa, Coordinator of Mathare Environmental One Stop, “We reached out to our partners UN-Habitat, the Government of Norway and Canada, and they quickly came onboard to support our efforts. We thank UN Secretary-General Antonio Guterres for recognizing our work in his Policy Brief on UN Response in an Urban World.”

The Coalition has come together to assure the continued success of the COVID-19 imitative. In addition to hand washing, member groups have done COVID-19 education and awareness raising through murals, temperature checks, food distribution and now the distribution of masks to those most vulnerable. “As the knowledge on how to prevent the virus evolves, so does our interventions,” states Omondi, “We knew that social distancing was important, but difficult in the close quarters of the slums we live in. Masks allow people to keep their distance, while still going about their daily lives.”
The most recent partner, the Victor Wanyama Foundation, headed by football star and Nairobi native Victor Wanyama, is working with UN-Habitat to produce 10,000 masks, made by women in the informal settlements, and distributed through the Coalitions hand washing stations.

The Coalition recognizes that the increased transmission of the virus is growing. To slow and eventually stop that growth, it has released an action plan aimed at governments, the UN, private sector and youth allies:

The Coalition stands ready to partner with all interested parties to make the dream of a virus free Kenya come to reality.
For more information please contact: