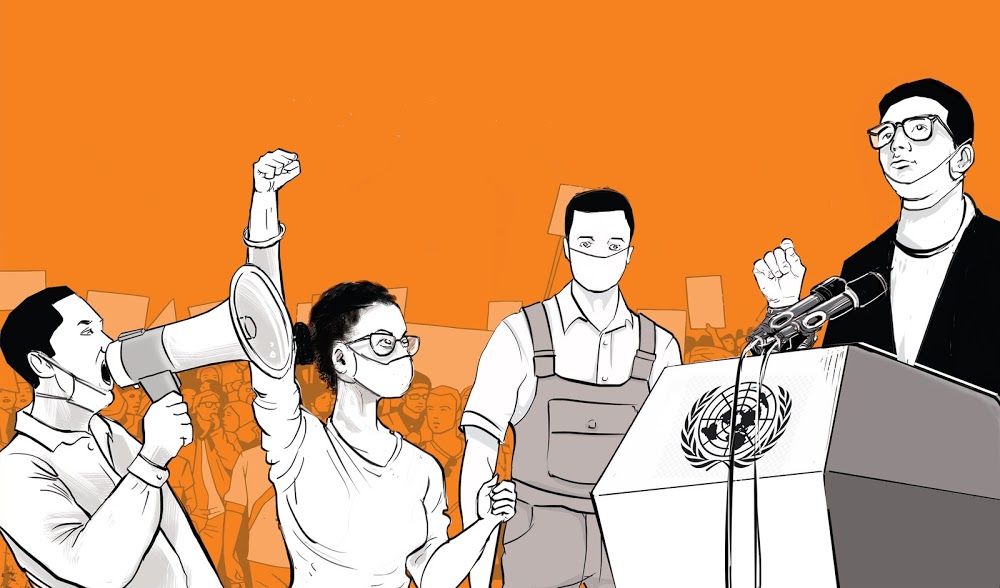 First Printed by The Star

Young people around the world are speaking up about critical issues – and today more than ever we need to listen to them.

In Africa, the proportion of the young population is expanding rapidly. In Kenya around three quarters of the population is under the age of 35.

But it is not just the sheer number of young people here in Kenya that make their views and opinions so important. It is because they are a force for change. They have the power and responsibility to bring about positive change in their communities.

We have seen how instrumental they have been in fighting against the spread of Covid-19. UN-Habitat with other UN agencies, local and national governments and the private sector, have partnered with youth-led organizations in the informal settlements here in Kenya and globally, to fight against Covid-19. Their success has been amazing.

UN-Habitat’s Youth-led Covid-19 Emergency initiative was runner-up in the 2021 Secretary-General’s Award for Innovation. The initiative, managed by a coalition of 34 youth-led groups, led to over 2.5 million handwashes and the delivery of 10,000 masks to communities in East Africa and Latin America.

The Block by Block project, a partnership between UN-Habitat and Microsoft, utilises the globally popular game Minecraft as a way to engage youth in designing and building public spaces in their community. UN-Habitat and its partners recognise the critical role that public space plays in young people’s lives and their need for safe places to gather such as UN-Habitat’s One Stop Youth Resource Centres first set up in Kenya in 2003, and which spread this year to Balikesir, Turkey.
We recognise there are several challenges to overcome. Young people have been one of the hardest hit demographics during the current pandemic. Although they experienced lower infection rates than adults, they bore the brunt of the global job losses, had their schooling seriously impacted, and faced mental health issues.

Young people are the problem-solvers and innovators who will find the solutions to humanity’s future challenges. The Future Cities Challenge demonstrated that if given the chance young people rise to the occasion and develop world class solutions for global problems.

Youth are also the champions in fighting climate change. UN-Habitat is working with the United Nations Environment Programme to develop a climate changemaker programme that will train current and future leaders who will be in the vanguard of fighting against climate change.

These leaders will be drawn from two critical demographics; young women, who through the Fridays for Future movement have demonstrated their critical importance, and young people from the global south, who represent the largest ever youth demographic.

At the United Nations Headquarters in New York, youth play a crucial role in our efforts to understand and address global challenges. We recognise that youth is not a homogenous group, so we need everyone to speak up to amplify also the voices of their peers.

In Kenya, I look forward to seeing the exemplary work UN-Habitat and UN Environment Programme are conducting with local youth. I am excited to meet with youth at Michuki Park, who have been instrumental in the restoration of this beautiful green space.

We recognise there are several challenges to overcome. Young people have been one of the hardest hit demographics during the current pandemic. Although they experienced lower infection rates than adults, they bore the brunt of the global job losses, had their schooling seriously impacted, and faced mental health issues.

The International Labour Organization has found that that one in six young people have stopped working since the onset of the pandemic. In Kenya, young workers between the ages of 20 and 29 accounted for 63 per cent of the 1.7 million jobs lost in 2020.

And it is clear that young people in particularly challenging conditions such as slums and informal settlements, need support and opportunities to reach their full potential. They need education and skills to contribute to a productive economy, and they need access to a job market that can absorb them into its labour force.

What is clear is that it is time for everyone to not only listen to young people, but give them the space and place to lead. We say that youth must move on from the IMPOSSIBLE to the I AM POSSIBLE, and we at the United Nations support them all the way.