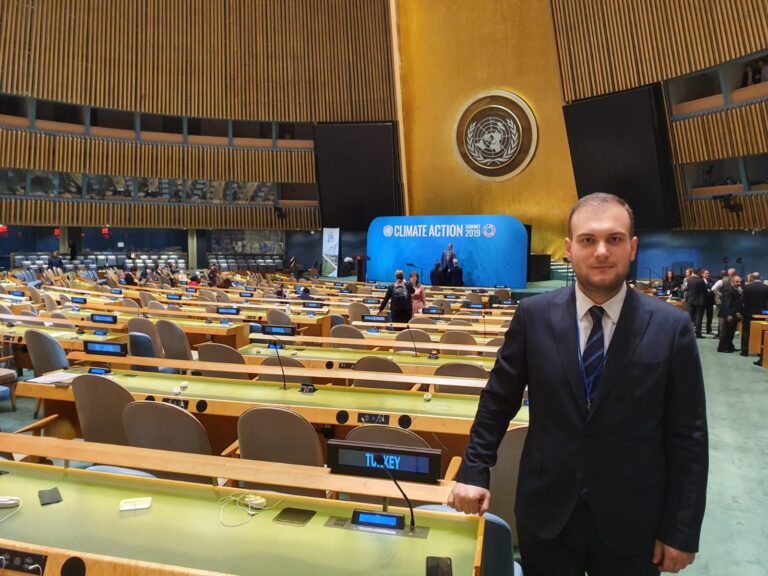 Samed Ağırbaş is an author, artist, entrepreneur and youth leader. Born in 1994 in Istanbul, he is a graduate of Architecture and Urban Planning, and is continuing his studies in business at Mississippi State University and College of William & Mary. Since the age of 15, he has actively participated in various Turkish and international NGOs, associations, foundations, and platforms as a founder, Chairman, and member of youth activities. In this context, he took part in various activities held within the scope of the 2010 European Capital of Culture, and he contributed to the event as a member of the Field Coordination Team of the Volunteering Program of Istanbul 2010 European Capital of Culture Agency.

Elected as the Chairman of the Youth Assembly of Istanbul Metropolitan Municipality in 2014, Ağırbaş also presided over the Youth Assembly of the Turkish Union of Municipalities and the Youth Working Group of the World Humanitarian Summit. He played an active role in the organization of the World Humanitarian Summit in Turkey and coordinated the official Youth Pre-Forum during the WHS, where chaired a drafting committee to author and adopted the Compact for Young People in Humanitarian Action. As the Government of Turkey’s youth representative to the Habitat III summit, organized every 20 years by the United Nations, he participated in various international events held by the UN, OECD, and EU as a speaker and a moderator. He has attended numerous national and international trainings, research events, and seminars on behalf. He has been granted many national and international awards for his active contribution to youth, entrepreneurship, and education.

In addition to his book titled Gece Gündüz İstanbul (Night and Day Istanbul), made up of photographs he took and published in English-Turkish, and his academic work titled Osmanlı Mimarisinde Tezyinat – Mimar Sinan’ın Eserleri, (Decoration in Ottoman Architecture – Works of Architect Sinan), he has published many articles on youth, city, and culture & art. He is currently working as a youth expert for UN-Habitat.