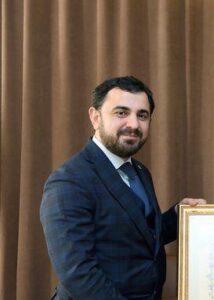 Abdulhalim Aksu was born in 1982 in Istanbul. He completed his Undergraduate Education Degree in Management in the USA. Mr. Aksu worked as a manager for various non-governmental organizations such as Youth Academy and Democratic Youth Platform. Besides, he served as General Manager in Spor İstanbul. Currently, he is the Secretary-General of the World Ethnosport Confederation.